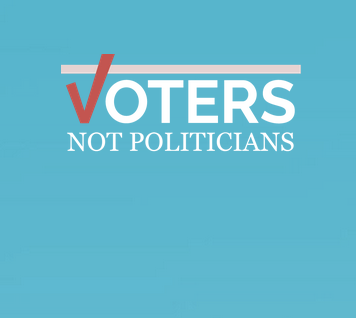 Voters Not Politicians in Michigan

Michigan voters exercised their right of direct democracy and put a constitutional amendment on the 2018 general election ballot, known as Proposal 2–Voters Not Politicians. The proposal put the power to draw election district maps in the hands of voters and created a fair, impartial, and transparent redistricting process. More information here.

The redistricting reform amendment created an Independent Citizens Redistricting Commission that would be tasked to draw Michigan’s state Senate, state House, and Congressional election district maps every 10 years using Census data. Previously, redistricting was controlled by the Michigan state legislature, which in turn was controlled by Republicans who gerrymandered the election maps to keep themselves in power.

The amendment requires that the Commission be made up of a thirteen Michiganders chosen by lot: The stratified random sample consisted of “buckets” of 4 Democratic voters, 4 Republican voters, and 5 voters who affiliated with neither of those parties. Commissioners in each of these buckets must agree to adopt the final maps. The first commission was seated in September, 2020.

The amendment disqualifies these individuals from serving on the Commission because they are most likely to have a conflict of interest when it comes to drawing Michigan’s election district maps. However, the amendment includes that these individuals can still participate in the redistricting process by offering testimony in person or in writing.